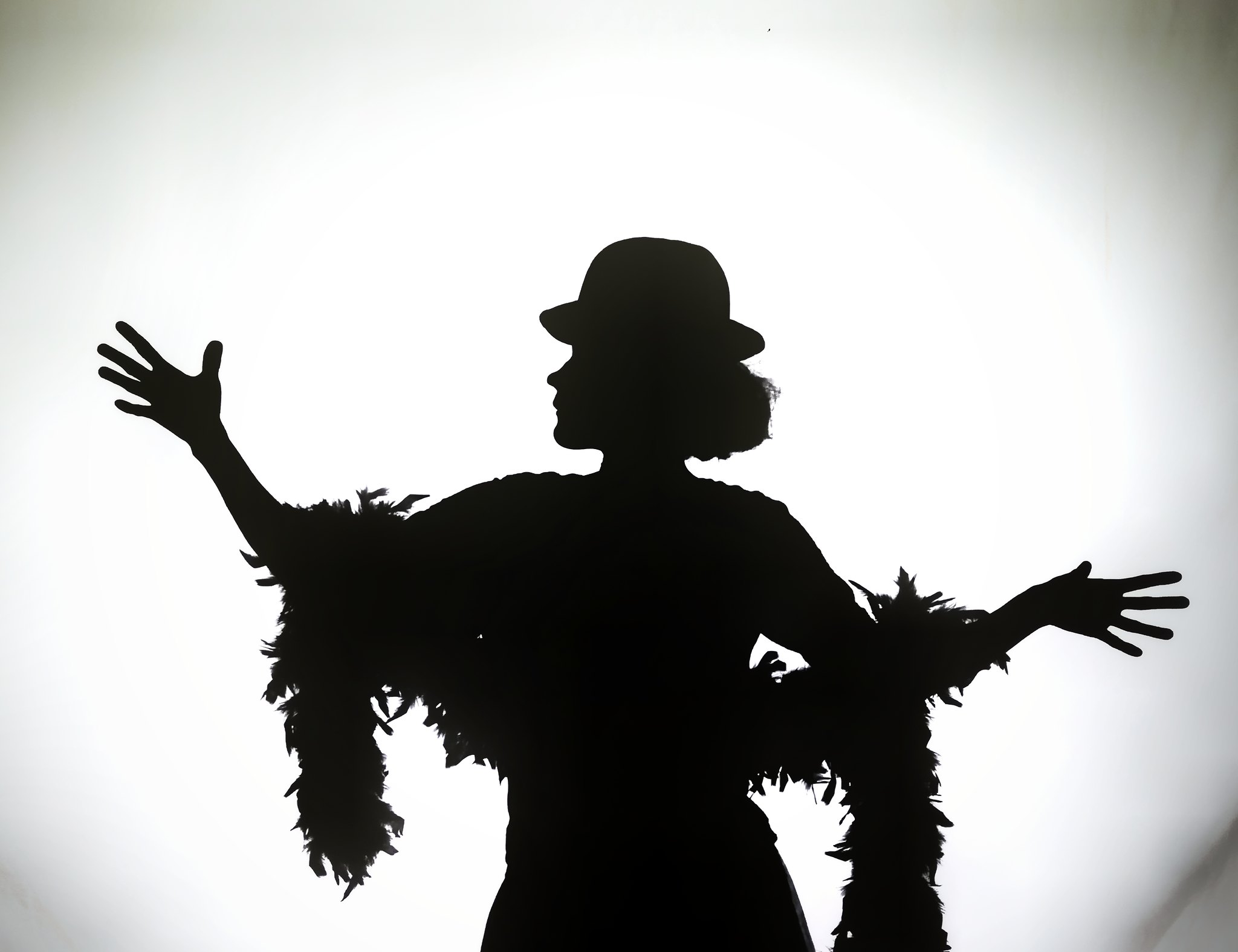 The Shadow Swing Show is a non-verbal performance where the story is told through shadow theater and music. It is a song of praise for an old world cabaret. In the main role are dancing body shadows. The performance is spiced with shadows of objects and silhouette puppets. The performance is seen on a large screen with a height of three meters and a width of four meters.

The show takes place in a hectic 1930s town. The story is about two people who are exhausted from work. They get caught up in the adventure. Music draws them to the sweaty joys of dance, where they find strength. Old slapstick tradition is strongly involved. The music is the hectic swing and smooth jazz of the 20s and 30s.

The Show makes a comparison between the 1920s and 2020s. The story shows how thrilling it is sometimes to raise a few toasts and dance like crazy until dawn, in both twenties nightlife has been heavily regulated. The performance is also very safe to perform during Covid-19 pandemic, there is a fabric between the performers and the audience and the performance is speechless.

The Shadow Swing show premiered at the Alavus Light and Shadow event in 2019. With the funding of the Majaoja Foundation, the performance was honed in the winter of 2020-21 under the direction of Anne Salmi. There have also been performances at Tahmela Villa Cultural Center, at the Iltatähti Theater in Kokkola and at the Turku International puppetry festival 2021

The performance’s duo Petri Lappalainen and Tytti Marttila have been doing shadow theater together since 2015. They have passionately developed contemporary shadow theater by organizing teaching in the field and preparing performances. 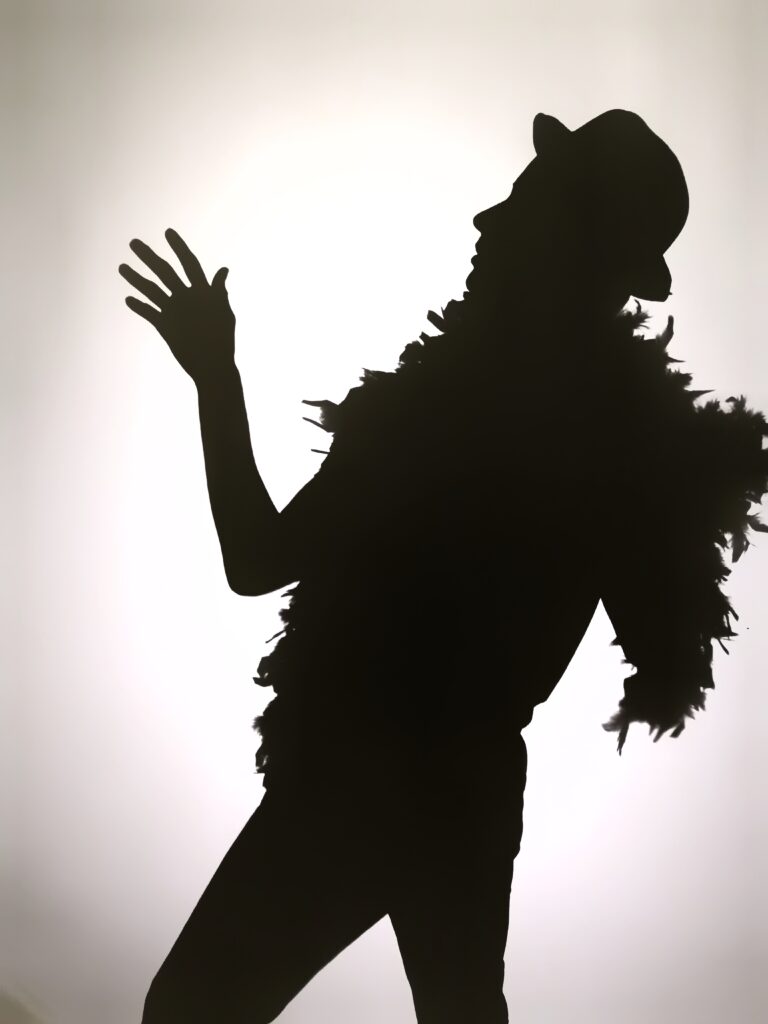 The performance is suitable for intimate spaces as well as larger spaces (audience of about 300 people) if the auditorium rises enough and does not open too much to the sides.

The show has a shadow screen which is 3 meters high and 4 meters wide which is set up on A-type stands (behalf of the company). If possible, it can be hung on a truss behalf of the house.
Stage min. 5 x 5 m.