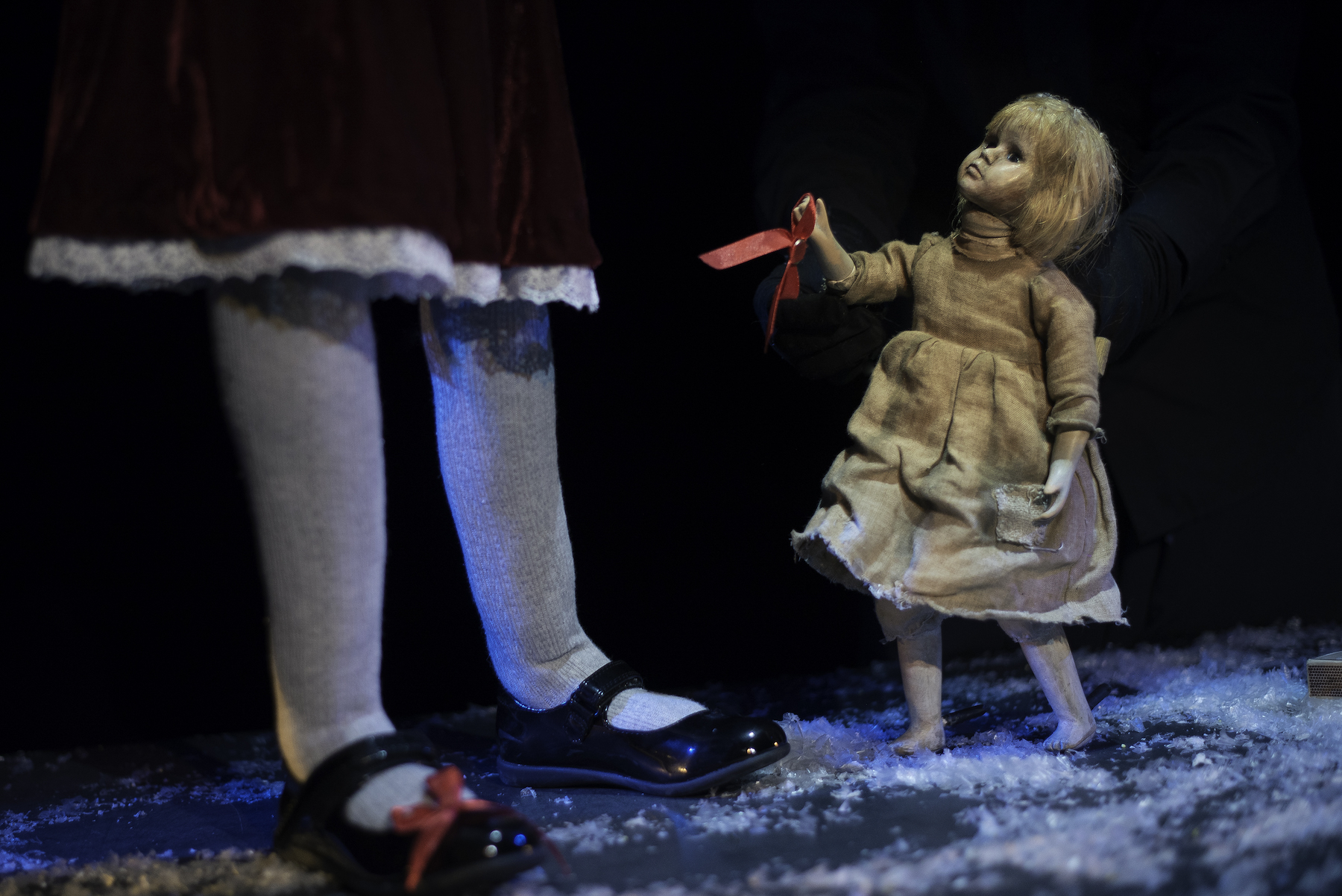 During Christmas night, the windows sparkle with colorful lights, people singing and laughing, tasty smells floating through the streets, which tirelessly open in front of the dressed up guests. On this magical night, everyone wants to be with the people they love.

It is a tale about a girl fighting her destiny with the help of her strong imagination and a matchbox that once belonged to her grandmother.

The play uses black box technique, immersing the audience in a beautiful puppet reality. The actors will look like giants, the puppets will do wonderful tricks, each of which will last as long as one match burns.

Kalrsson Haus is a puppet theatre in St Petersburg. Founded in 2006, the theatre has become one of the main puppetry stages in Russia. Karlsson Haus has attended many festivals in Russia and abroad.

Little Match Seller premiered at Turku Arts Academy in 2007 at the Fanatik Figuras student festival. The performance has visited many festivals ever since.

The Performance seen during TIP-Fest is recorded for the Festival in October 2021.