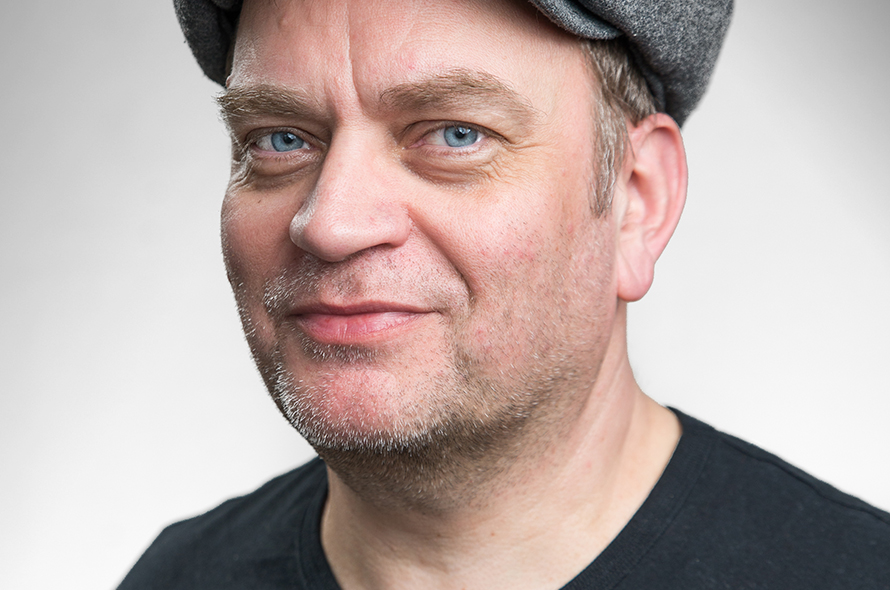 Timo Väntsi (b. 1966) is a very experienced Finnish puppeteer, actor, director who has worked in small and big theatre companies in Finland. He has graduated from Turku Arts Academy puppet theatre department 2003 and since then he has had a large scale of different tasks in the field of theatre and puppet theatre: as an artistic director of Tehdas Teatteri, as a director and also as regional artist of South-West Finland. In 2016 he was rewarded with the Aurora-prize for his achievements in puppetry.

During the last years Väntsi has specialised in solo shows. Typically his works are a combination of heart-breaking drama and hilarious humour, sometimes brought forth with a quite provocative style. Many of the performances are based on more or less familiar stories like Beauty and the beast, Picture of Dorian Gray, Baron von Münchhausen and Jean Genet’s Querelle. Queer themes can be seen in several shows, like in the story of a crossdresser from 14th century, John-Eleanor (2011) or Be my Querelle (2019). Timo Väntsi is also a member of a queer comedy company Theater Kantanäky.

Timo Väntsi has always been interested in Finnish stories, history and folk stories. This led to a solo performance about his own roots, Questions about Carelia (2018) and a touring outside performance Wise man named Matti and other stories (2021), which was based on Finnish folklore. homepage: https://www.timovantsi.fi