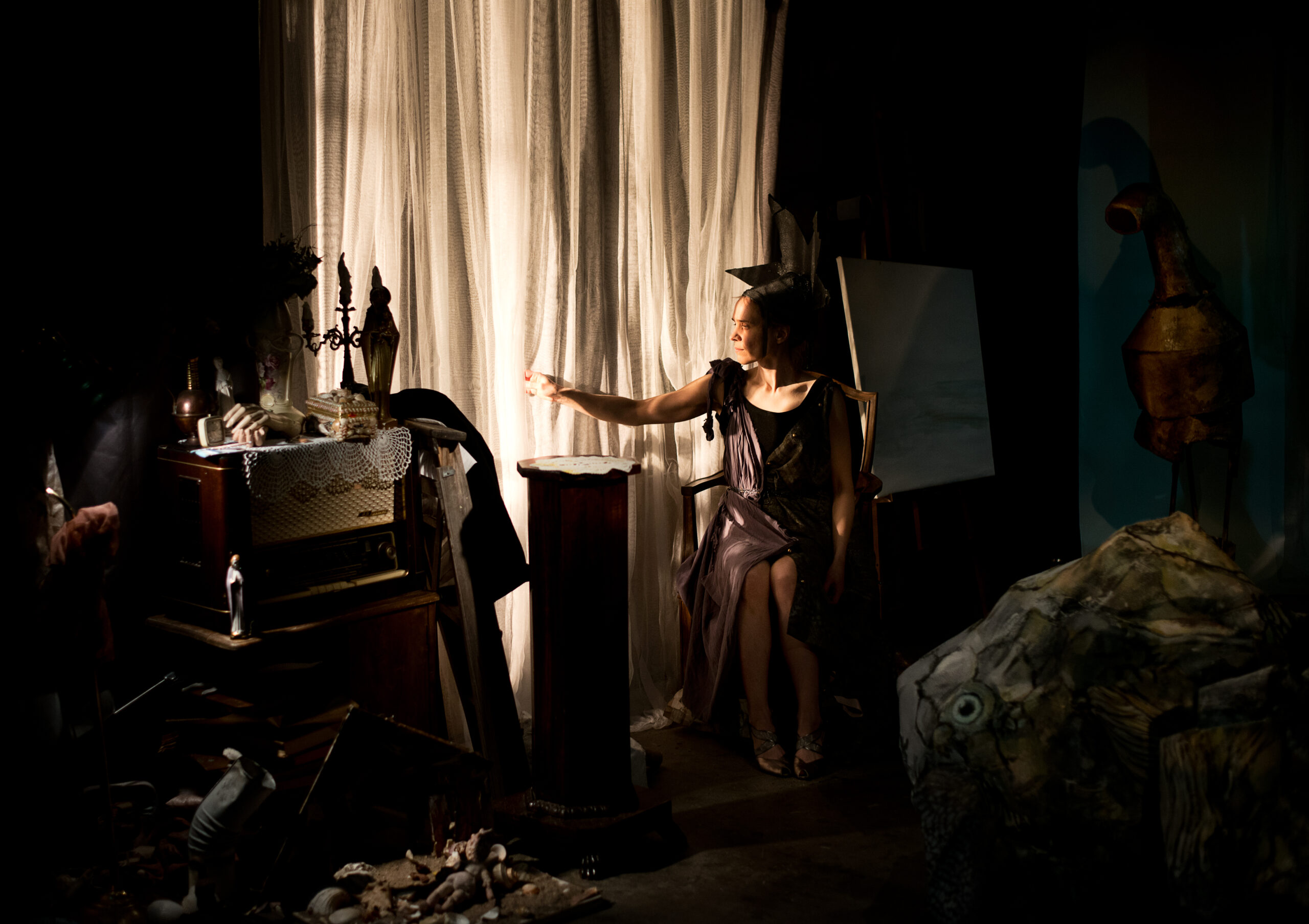 The Unmentionable by Niina Lindroos is a solo toy theater* performance inspired by life and art of French photographer and painter Dora Maar (1907-1997). The starting point for the piece was the puppet theatre -like presence of Dora Maar’s surrealist photographs; the situations, spaces and characters in the images all lead towards something words cannot express. What is left outside the photograph frames? What happens before and after the brief moment that is captured on film?

The Unmentionable keenly perceives Dora Maar’s oeuvre, approaches it with awe and playfulness, finally passionately plunges into its world. The performance depicts melancholy as well as the titillating sense of mystery, two feelings that create the characteristic tension in the artist’s works. The solo bows to Dora Maar’s art yet also creates its own, indescribable reality with the means of puppet art.

*Toy theatre is an art form that emerged in the 19th century as a miniature-size imitation of theatre of its time. Niina Lindroos’ toy theatre imitates visual arts resulting as contemporary puppetry from the new millennia.

The performance premiered 9 April 2021 in TEHDAS Theatre and has featured as part of TIP-Fest 2021 and Oh My Puppets! 2022 Festival programmes. The Unmentionable returns to TIP-Fest 2022 for invited audiences. PERFORMANCESSat 5.11. at 13:00 & 16:00TEHDAS Teatteri Vintti stage, Manilla. Itäinen Rantakatu 64, TurkuDuration: 1 h (no intermission)Age recommendation: 13+Language: without wordsTickets will be available in Aura of Puppets Holvi web shop from October 2022