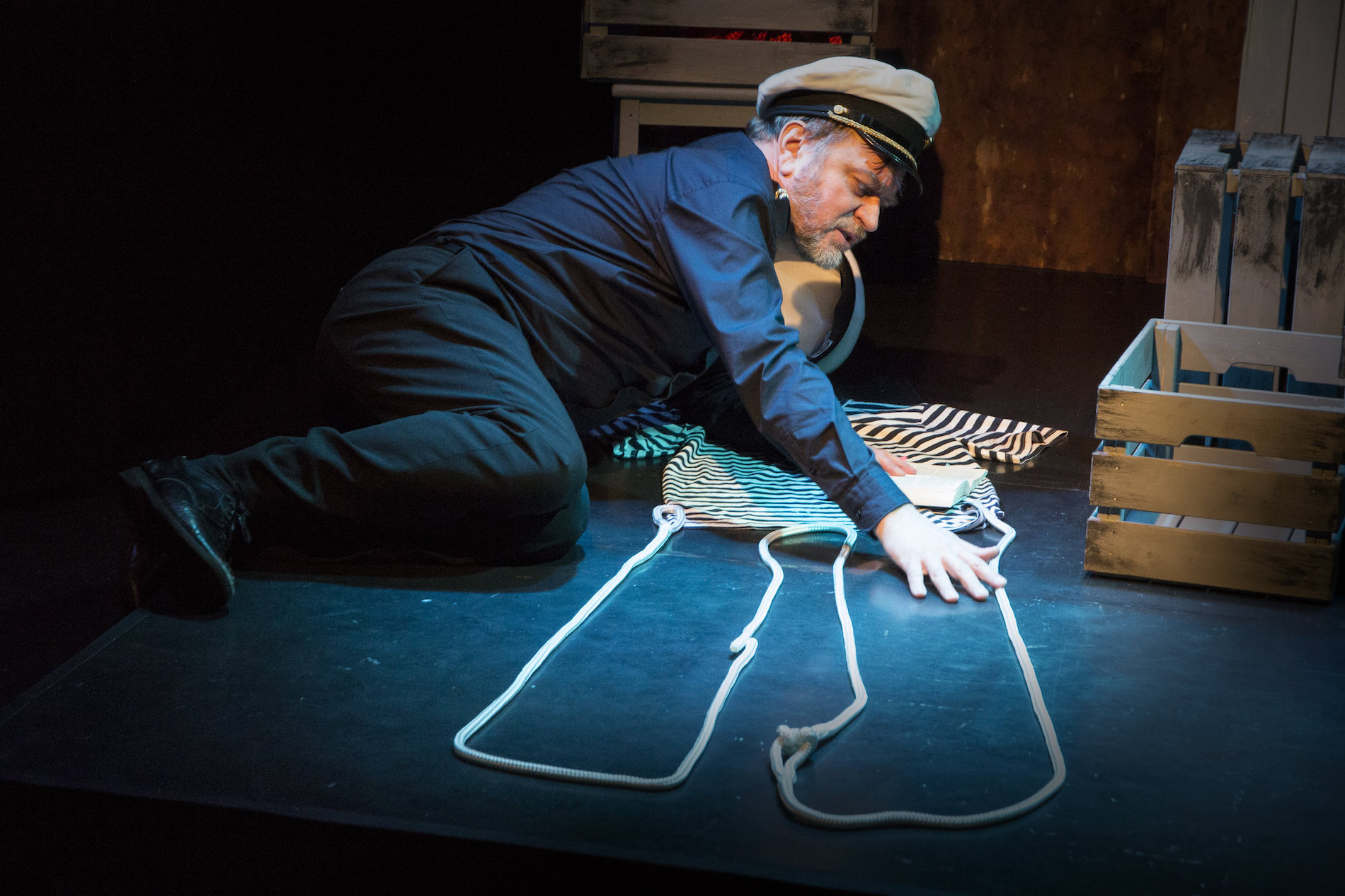 During his last service days, a soon-to-be-retired naval Lieutenant faces his civil life’s loneliness as well as a side of himself he has long suppressed. Obsessed with a handsome marine named Q our Lieutenant finds himself in situations he cannot tackle without some sort of violence. Or a frenzied encounter on the seawall.

Iconic gay imagery, nautical romance and Jean Genet‘s homoerotic novel Querelle are the main sources of inspiration for the performance.

Be My Querelle is a performance by an experienced team, puppeteer Timo Väntsi’s and director Merja Pöyhönen’s presentation of lust, loneliness and burning longing for love.

The performance is supported by Arts promotion Centre Finland and Turku Theatre Foundation.