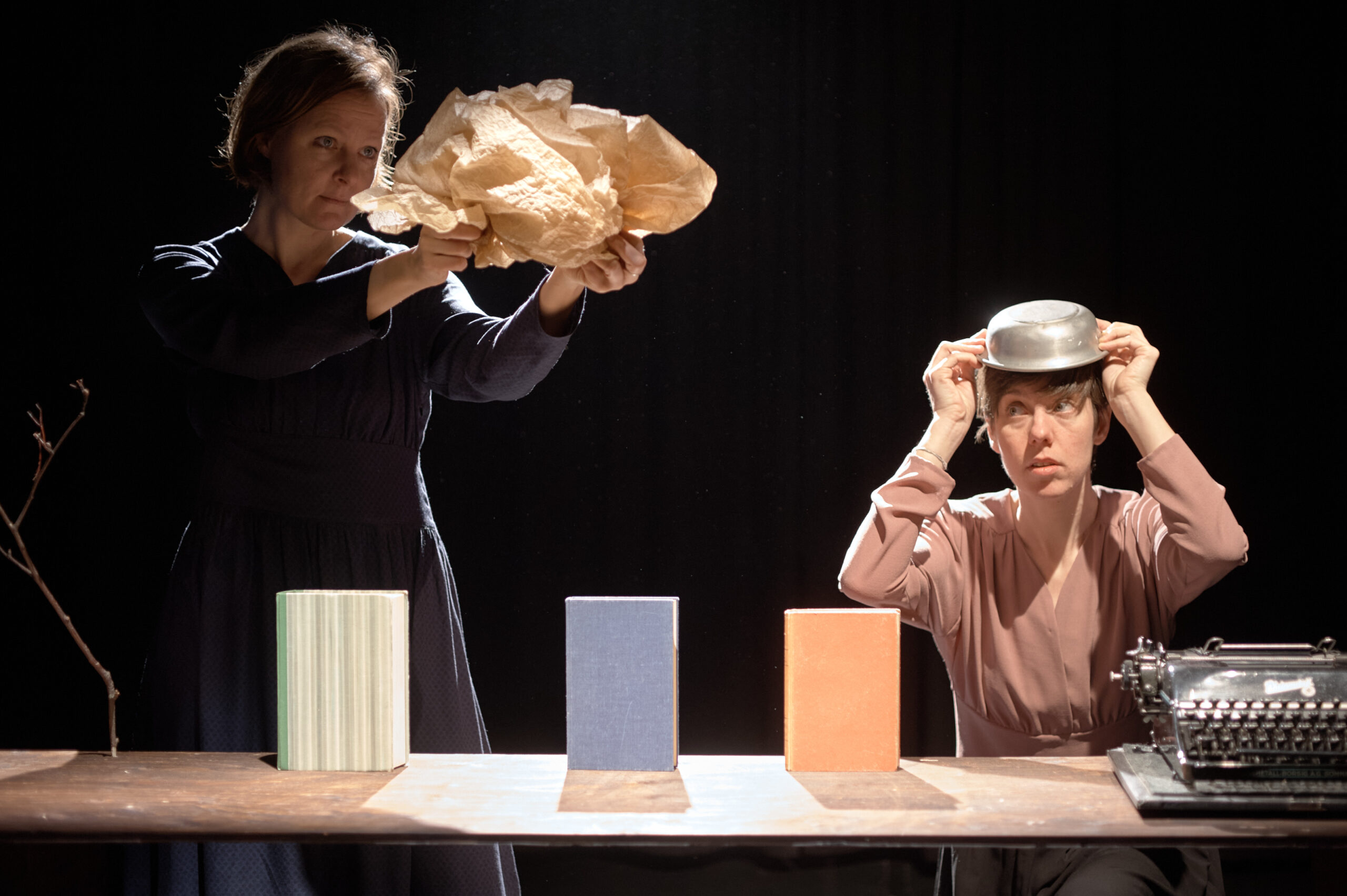 Weight of the clouds tells the story of two writers, Irène Nèmirovsky and Elvi Sinervo; two women who lived in the midst of the past turmoils of Europe. Through versatile means of puppet theater the performance corporeally combines life events of these women with the world depicted in their texts.

Irène Némirovsky was born in 1903 to a Jewish family. The writer was originally Russo-Ukrainian, who later emigrated to France. The celebrated and acclaimed author experienced complete rejection of Vichy France, and was arrested after living in isolation. Irène Némirovsky died in Auschwitz in 1942. Elvi Sinervo (1912–1986) was a Finnish writer and an active member of the leftist Artists’ Association Kiila. She was sentenced to three years in prison during the Finnish Continuation War of 1941–1944.

The performance dives into the experiences of these two women insofar as they unite. The historic events in Europe took both writers from an early age into a new environment, where they could perceive with the eyes of an outsider and where they sought their own voice. The work and motherhood of the author, as well as the presence of war, death, isolation from the community, and the power of writing in exceptional circumstances, are themes that run through the lives of both Némirovsky and Sinervo.

Weight of the Clouds is built on the intersection of real events and the imagined, where Irène and Elvi meet. The performance respects the work and choices of the writers and asks today’s audience: what is it to be human in this time and can one better understand one’s own time by looking at the past?