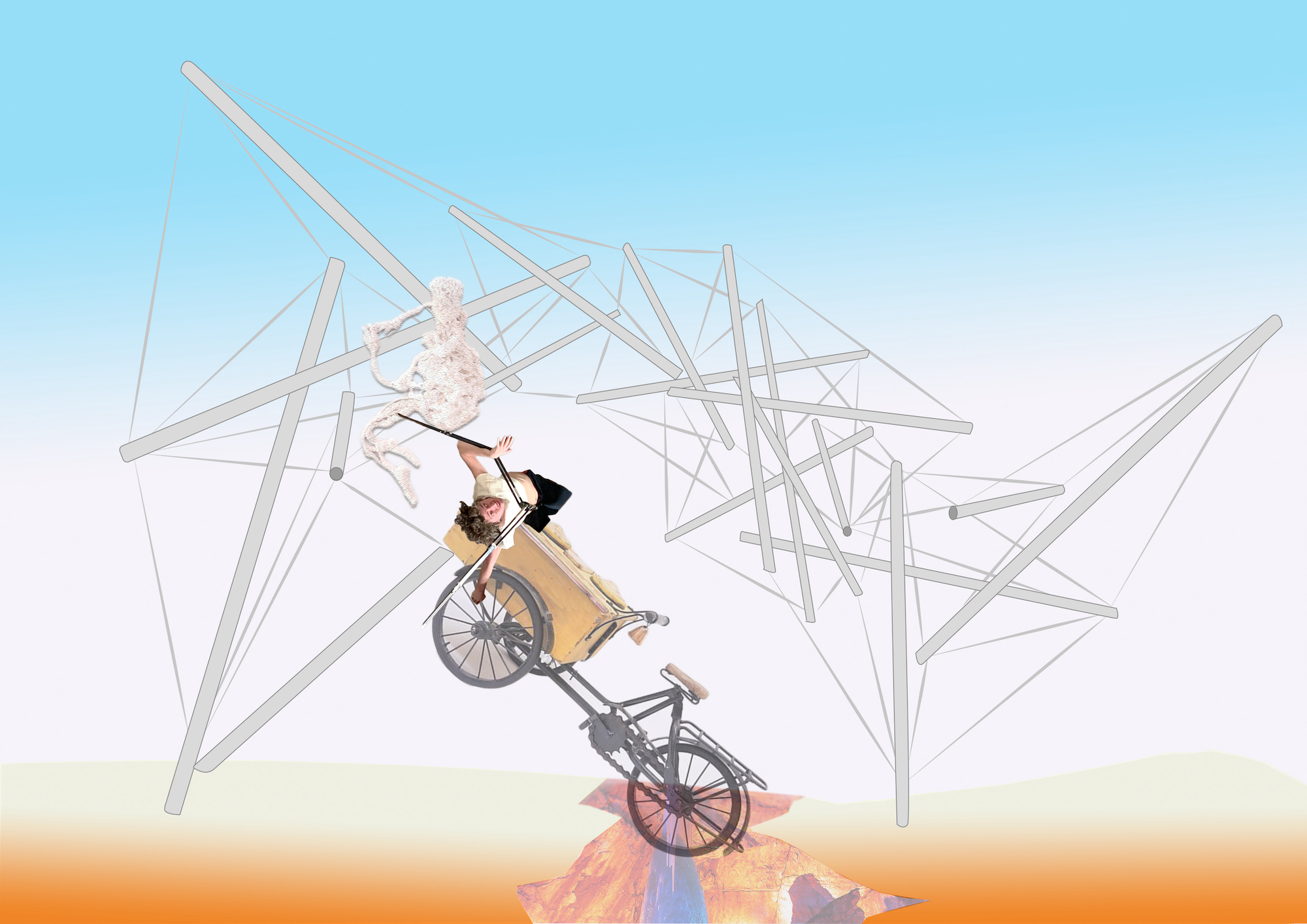 Jan Jakubal from Yellow Buoy Dance Company and Puppet artist Niina Lindroos were working on a new production during June at Puppet Studio. About our previous collaboration Our first performance Hanuman Addiction Cycle co-produced by Aura of Puppets was made during several meetings of the group in 2018/19 in Finland, Austria and Czech Republic. We were originally put together by Linnea Happonen while working on the Krepsko Cabaret show in February 2018. We first performed a short excerpt of the show a couple of  times for the Cabaret and later on we decided to continue the process with both of us together. The show was premiered in Vienna and Prague and the first performance in Finland was in Turku during TIP-Fest in 2019.

Since then we kept on exchanging impulses between Austria and Finland, which led us to start to work on a new production. Our next step was a residency in June 2021 in Puppet Studio of Aura of Puppets, Turku.

Residency 2021 During our two-week residency in Aura of Puppets’ Puppet Studio we opened a dialog between a puppet and stage designer Niina Lindroos and a contemporary dance choreographer Jan Jakubal. We further developed a work in progress that will serve as a basis for a new production of Yellow Buoy Dance Theatre Company called ”Lost Mythologies”. The show will premiere October 2021 in Austria.

Our main goal is to present how dance and puppet theatre principals can meet and communicate on different levels of space, qualities, impulses and physicalities. Our focus is to investigate dance’s corporal practices and their relationship with objects, puppet theatre, puppet and costume construction. We agreed that hierarchy among the mentioned representatives would be equal as well as the participation in the research.

We are finding a way where dance and puppet elements can meet and become central to rethink which are the roles and forces of them in movement. We established new images between them of what the body can, of what puppeteer can be, of what dance, puppet and dancing body can be.

The instant forms that are being generated by the stage design, props, puppet & costume prototypes, dancing or animating bodies and various combinations of these create a stage object with a structure of an organism. This in addition informs us precisely about construction needs. The decision-making process is justified by physical routine practices from both puppetry and dance fields.

Special thanks to Elina Sarno, Linnea Happonen and Mayim Alpert for their generous feedback at the end of our residency.

With financial support of Austrian Embassy in Helsinki, ACT-OUT.